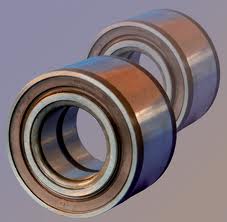 In stock
Reconfirm the price with seller
Seller
Paritet Podshipnik, TOO
Kazakhstan, Temirtau
(View map)
Call
Products of other enterprises
Technical characteristics
Description
nbsp;Bearings are intended for perception of radial and axial loadings. Their ability to perceive axial loading depends on the angle of the contact representing a corner between the plane of the centers of balls and a straight line passing through the center of a ball and a point of a contact of a ball with a swing path. With increase in an angle of contact axial loading capacity increases owing to reduction of radial. According to high-speed characteristics radial-stop bearings are not inferior to radial single-row. Increase in an angle of contact leads to decrease in the allowed frequencies of rotation and increase in the unilateral axial loading perceived by bearings.
The bevel on an external ring, necessary for assembly at manufacturer is provided in bearings of types 36000, 46000 and 66000. At installation and operation the socket of bearings is interfered by the lock formed between a path of swing and a bevel. The separator is aligned on an internal ring. Bearings establish on rigid two-basic shaft with small distance between support, and also in knots where regulation of a gap in bearings at installation is required or in use.
In use gaps in the dual bearing with the external rings turned to each other wide (types 236000, 246000 and 266000) or narrow (types 336000, 346000 and 366000) end faces are not regulated. The initial gap between internal rings at bearings of types 236000, 246000 and 266000 (at axial fixing on a shaft) and between external rings of bearings of types 336000, 346000 and 366000 (at axial fixing in the case) has the minimum value or is completely liquidated. In the latter case in a support the preliminary tightness by means of which axial and radial game of a shaft or the case in the course of work of knot is eliminated is created, the loading capacity of a set of bearings, their rigidity, accuracy of rotation and durability increase. Bearings of one set are not interchanged with bearings of other set of the same type.
Bearings of types 236000, 246000 and 266000 perceive the radial, combined and bilateral axial loadings, provide angular rigidity of a support, can be used in "floating" support without fixation of external rings in the axial direction.
Bearings of types 336000, 346000 and 366000 perceive the radial, combined and bilateral axial loadings at smaller angular rigidity of support, than at bearings of types 236000, 246000 and 266000. A permissible load for bearings of types 236000, 246000, 266000 and 336000, 346000, 366000 in comparison with the corresponding single-row bearings: radial - is 1,8 times more; axial (in both parties) - same, as at the single-row bearing.
The bearings of types 436000, 446000 and 466000 turned to each other by heteronymic end faces perceive (in comparison with single-row bearings) almost double unilateral axial loading. They are applied in knots with very big axial efforts with rather high frequency of rotation when persistent bearings cannot be used.
Contact the seller
Bearings are ball radial-stop