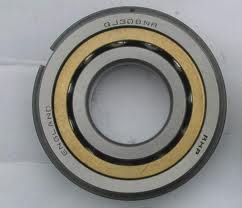 In stock
Reconfirm the price with seller
Seller
Paritet Podshipnik, TOO
Kazakhstan, Temirtau
(View map)
Call
Products of other enterprises
Description
nbsp;Bearings are intended for perception of at the same time operating radial and axial loadings. Admissible frequency of rotation is much lower, than at bearings with short cylindrical rollers, and ability to perception of axial loading is defined by a conicity corner "an external ring. With increase in a corner of conicity axial loading capacity increases at reduction of radial. The shaft distortion concerning an axis of the case is inadmissible.
Produce bearings of the following types: 7000, 27000, 97000, 77000. Single-row bearings of types 7000 and 27000 are intended for perception of radial and unilateral axial loadings. Separate installation of rings, and also regulation of axial game and a radial gap as is allowed at installation, and in use the bearing. Bearings can be installed with a preliminary tightness which is created at their installation in one support.
Two-row bearings of 97000 type are intended for perception of radial and bilateral axial loadings. The set radial gap and axial game in the bearing are provided with a podshlifovyvaniye of a remote ring, it is established but go between internal rings. Permissible radial load is 1,7 times higher, than radial loading at the corresponding single-row bearing. Axial loading of bearings of 9700 type (and = 10-17 °) should not exceed 40 from unused permissible radial load.
Four-row bearings of 77000 type are intended for, perceptions of big radial and rather small bilateral axial loadings.
Regulation of a radial gap and axial game between the next ranks of rollers by grinding or replacement of the remote rings established between external and internal rings is allowed. Permissible radial load is 3 times higher, than at the corresponding single-row bearing. Axial loading should not exceed 20% of unused permissible radial load.
Separators of conic bearings stamped and fine-molded.