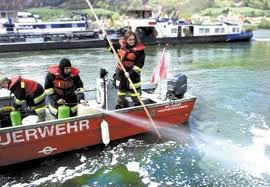 In stock
Reconfirm the price with seller
Eko Servis Proekt Aziya, TOO
Kazakhstan, Atyrau
(View map)
Call
Products of other enterprises
Description
BIOVERSAL. The DEACTIVATOR of POLLUTION by OIL PRODUCTS AND FIRE-PREVENTION MEANS exists a large number of preparations Now for elimination of oil pollution of the soil and a water surface among which considerable interest presents a universal German biological product Bioversal to "Bioversal" which tests within 10 years carried out 25 authoritative research institutes and public institutions of Europe and Asia on the basis of which certificates on Bioversal's applicability in quality are granted: The deactivator at spill of oil, fats, oil and oil products in reservoirs and soils, on highways at car accidents, in tunnels, on railway lines; The Fire-prevention means allowing quickly (is 5 times faster than fire-prevention standards) and it is safe for environment and the person to extinguish the fire. Universality of a biological product consists in its ability to quickly utilize pollution by oils, fats, oil and oil products on: - to water, - the soil, - a road and airfield covering (asphalt, concrete), - metal, including on rails, tanks, - a tree and other firm surfaces, - and also effectively to extinguish the fires of a class A, B, E, D. Bioversal's advantages 1. Bioversal used at fire extinguishing does not demand deactivation of object and the territory because he is at the same time: - effective remedy of fire extinguishing; - quickly liquidates hydrocarbonic pollution and restores ecological balance; - environmentally friendly cleaner of oil capacities and tanks, rail, tanker washing and bilge water, natural landscapes and water objects. At the same time Bioversal allows to save means and to avoid ecological penalties. 2. Bioversal is made of vegetable and mineral components which are completely ecologically safe: - at storage within 5 years (at the majority of means - 1 year); - for the people who appeared in fire zone as smoke decreases (improving visibility); - does not complicate breath; - after use it is quickly absorbed by microorganisms. 3. Bioversal is not dangerous at fire extinguishing even if tension of the power supply network reaches 35000 volts! 4. Does not allow repeated ignition. All necessary certificates for Bioversal's use as the deactivator of oil products and a fire extinguishing means are received:
Contact the seller
Bioversal, means, for cleaning, oil pourings.

We recommend to see
Materials for liquidation of petroleum products spills
Send inquiry
Buy
Contact supplier
Your question has been sent successfully
Consultants of the shop typically answer questions during the day.