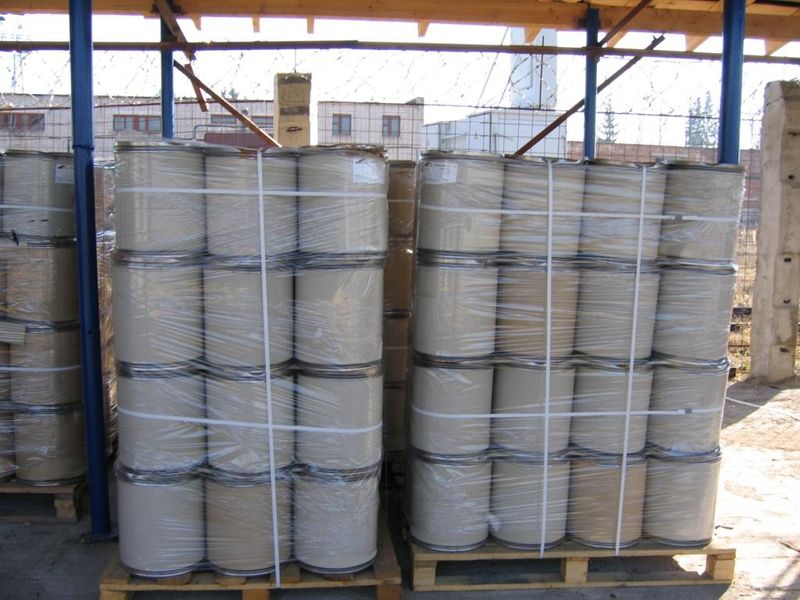 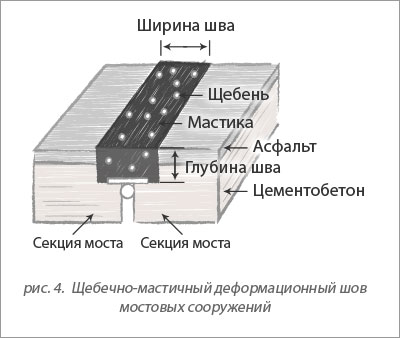 Bridge mastics It is shaven - quality and high efficiency

The main scope of the bridge bituminous and polymeric pressurizing DSh mastic is the device of the crushed-stone and mastic deformation seams (CSMDS) on bridges and overpasses. In seams of this type the rigid framework from one-dimensional crushed stone perceives loadings from vehicles, and the elastic mastic matrix compensates vertical and horizontal movements of a flying structure. DSh-85 mastic is recommended for application in the conditions of the I-II road and climatic zones, and DSh-90 for the III-IV DKZ. Designs and the production technology of works are in detail described in special literature and in Recommendations about the ShchMDSh device.

Other scope of the pressurizing DSh mastics is sealing of seams in combined reinforced concrete coverings. Unlike monolithic, deformation seams of combined coverings are formed directly in the course of their installation. Such seams differ in inconstancy of geometrical parameters and existence of vertical excesses of levels of edges of adjacent plates. Other feature of this type of seams is existence of so-called "assembly windows" - sites of big width. In sites of assembly windows mastic is exposed to powerful shift loadings from wheels of vehicles that can lead to premature violation of tightness. At the same time temperature deformations of plates and respectively, movements of edges of plates, even in the conditions of severe climate, are small and seldom exceed 30-50%. In this regard, it is recommended to apply not airfield sealants, but more rigid mastics to sealing of deformation seams of combined reinforced concrete coverings, the DSh-85 and DSh-90 brands.

One more scope of bridge mastic is the device of railway deformation seams, so-called "trambort" - elastic inserts between tram rails and a covering of city streets. Such inserts effectively perceive high dynamic loadings from the rolling stock and prevent destruction of asphalt concrete in a zone of an adjunction to a rail head. From 2006 with use of the pressurizing DSh-85 is SHAVEN mastic more than 250 km of railway deformation seams are arranged.

Except the device of deformation seams bridge mastics are successfully applied in knots of adjunctions of asphalt concrete coverings to support of the protecting elements, to an onboard stone and a metal bordering of other DSh types