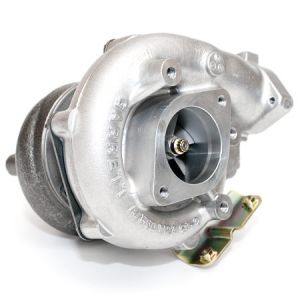 Delivery and repair of turbocompressors for diesel engines

- Garrett turbocompressors - a world famous brand of the Honeywell Turbo Technologies company history of which begins in the 1950th years. The Caterpillar company was the first producer of special equipment using the turbines Garrett in the cars. Today the Honeywell Turbo Technologies company offers Garrett turbocompressors for diesel and petrol engines from 0,6 - 12 liters.

- Turbocompressors of Schwitzer and KKK.BorgWarner Turbo Systems are included by several divisions. This association of world famous brands — the turbines KKK (or 3K) made in Germany, iturbina Schwitzer (England) — with success are used by producers of trucks, and also special equipment. More, than semicentennial practice of ensuring deliveries of high-quality turbines to the market of mechanical engineering, and also supply of the service centers with necessary spare parts for repair does the BorgWarner Turbo Systems company to one of the leading world suppliers of turbocompressors for engines in the range of power from 20-1000 kW.

We recommend to see
Complex supply
Assembly and delivery
Supply of goods
Send inquiry
Buy
Contact supplier
Your question has been sent successfully
Consultants of the shop typically answer questions during the day.