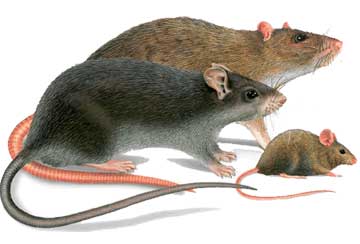 Deratization - carrying out the whole complex of actions for extermination of rats, mice and moles.