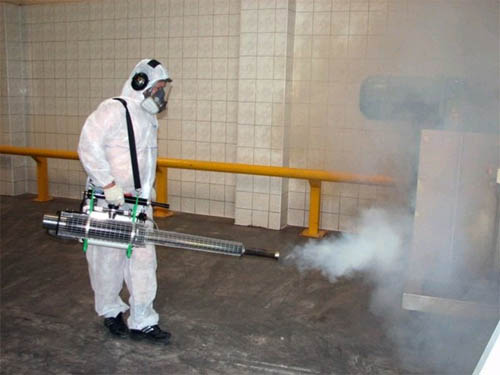 The word "deratization" is borrowed from French. "Deratisation" is literally translated as extermination of rodents. Modern professional processing from rodents is a package of measures with use of rodenticides, traps and traps, construction devices for a zadelyvaniye of the courses of penetration and other important nuances and subtleties of fight against rodents.

Methods of extermination of rodents

Now several methods of removal of rodents from rooms are developed. The chemical method of fight against rodents means extermination of rats and disposal of mice by means of the preparations which are poisons for rodents. Preparations, as a rule, are placed on attics and cellars, near garbage containers, in dark corners of production rooms. The chemical way of fight against rodents against ordinary domestic mice and voles is especially effective.

In the big city there are always a lot of rats, eternal companions of the person who did not manage to be brought completely throughout the millennia. However, in recent years the science made a big step forward, having lifted modern ways of deratization on qualitatively new level of fight. Against rats well proved a method of physical elimination of parasites. Fixed assets of extermination of rodents by a physical method, it is various traps, mousetraps and krysolovka. Also in use various electronic "otpugivatel" are widespread. In processing our expert surveys the room, develops the plan of extermination of rats and realizes it by means of several departures to the client. During departures the master estimates efficiency of deratization actions, places traps and replaces used, carries out sanitary cleaning of object.