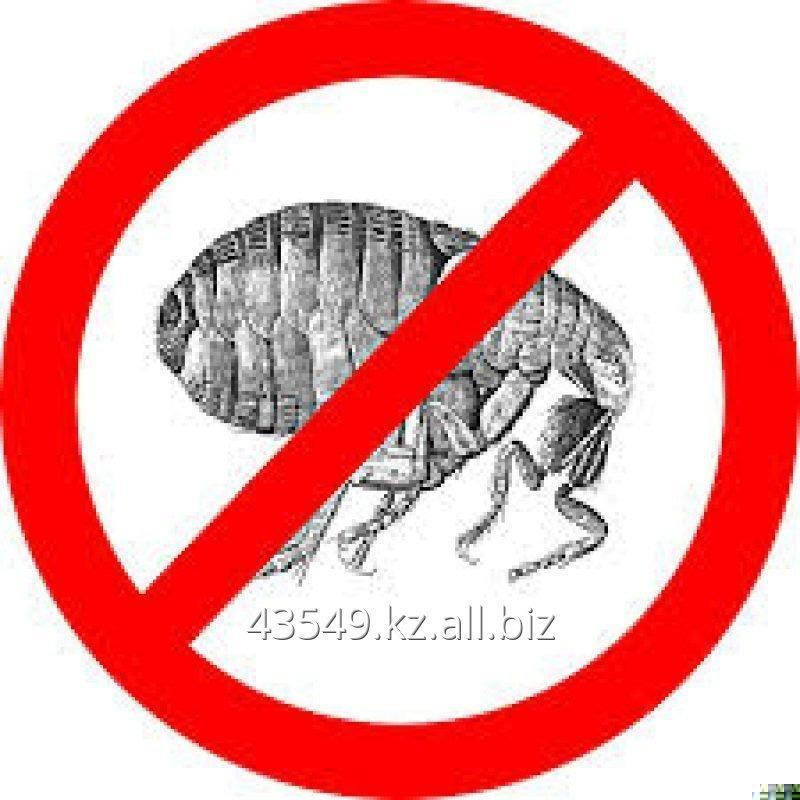 Extermination of fleas, fight against fleas

Dezostantion provides to Niels LLP services in disinsection of fleas in the city of Almaty. You can obtain consultation and all detailed information by ph. : + 77017317175, + 77073944675, 3297274. Processing of apartments, private houses, basement and warehouse. Conclusion of contracts.

To remove and get rid of fleas in premises

To bring fleas independently or to get rid of them by own efforts very difficult. The fleas who received not a lethal dose of poison can give to the posterity resistance to that group of substances which carried out processing, and it is necessary to look for the new operating means and to anew hold events for extermination of fleas. Therefore fight against fleas has to be carried out by professional medicines of sharp and long residual action and only under control of experts.

Depending on the main habitat of fleas hold preventive events and actions for removal of fleas.

For the prevention of emergence in the dwelling of the fleas parasitizing on pets (cats, dogs) the last should be examined systematically. In case of detection of fleas of animals it is necessary to process any zooshampoo which is intended for fight against fleas. The special collars impregnated with an insecticide give good effect. Laying of animals should be erased and ironed periodically the hot iron.

It is the most difficult to get rid of fleas in apartments if they got there from cellars where their main "prokormitel" - rats, mice, homeless cats live. In such cases application of a package of measures is necessary: at first make catching of homeless cats, extermination of rodents, and then – bring fleas in rooms.

The successful result of the disinsection directed to elimination of fleas in the apartment or in any other room can be reached only if all territory of the infected room is processed. Moreover, in the course of fight against fleas, they can pass from you to neighbors, and after – to return with guarantee to get rid of fleas, it is necessary to process also apartments of your neighbors.

During the actions for extermination of fleas our expert processes places of a congestion of fleas (it can be cracks in a parquet, behind plinths, the dusty and cluttered - up rooms, very often it is basements), and also places of their possible movements (fleas are capable to jump of height to 1, 5 meters).

After holding actions for fight against fleas:

Description of a look

Siphonaptera - the small wingless blood - sicking insects parasitizing on warm - blooded animals and birds. The size of a flea is 1 - 5 mm, color - from straw - colored to dark brown. The flea has 3 pairs of legs, the last - the longest, is adapted for jumps.

About 500 species of fleas live in the territory of Russia. About 30 types can live in the dwelling of the person, belong to them: human flea, rat, mouse, dog and cat's.

The flea human usually lays 7 - 8 eggs for once, for all life - over 500. Fleas lay eggs in cracks of floors, rags, dust, holes of rats, dog doghouses, waste of a phytogenesis, nests of birds, the soil. Fleas of dogs, cats, rodents lay eggs in hair of animals, slightly pasting them.

Larvae of fleas worm - shaped, legless, mobile, eat various fossils and the dried - up blood which excess adult individuals mark out with excrements at food. Larvae, increasing in sizes, fade three times and pupate. Two molts from three pass in an active state, and the third - in a cocoon.

Fleas usually live from 3, 5 months to 1 year, but under adverse conditions (the lowered temperature and humidity, lack of a prokormitel) can expect in a condition of a cocoon up to 2 years, trapping the victim.

Eat blood both females, and males. The flea has the kolyushche - sucking oral device, saliva prevents fibrillation, its stings are painful.

Unlike bugs and cockroaches of a flea most often are below, that is on a floor, or can jump on any objects height of which does not exceed 1 m. Fleas can is on walls or home decoration, but besides it is not higher than one meter from a floor. Fleas most often jump, and they creep only then when are on a body of the person or an animal using indumentum which covered a body. Therefore more often fleas at people can be noticed only standing.

Danger to the person

One of the features of behavior of fleas, most dangerous to the person, is their ability to pass from one owner to another at close contact or at death of the owner. For the person the greatest danger is constituted by so - called rat fleas. They get into rooms mainly from cellars and other crude places.
Fleas can be carriers of causative agents of such diseases as a tulyaremiya, plague, erizipeloid, pseudo - tuberculosis, a brucellosis, anthrax, etc. The flea catches bacteria at the time of a krovososaniye on a sick animal shortly before his death. In an organism of a flea microbes keep the viability over a year. Fleas of rats, a house mouse, cats, dogs are carriers of causative agents of a rat typhus. Infection of the person occurs at a krovososaniye, and also at contact with excrements of the infected fleas.

Preventive measures of fight against fleas are directed first of all to creation of the conditions interfering reproduction of insects (contents in purity of rooms, damp cleaning, carrying out deratization). Extermination of fleas on pets carries out the population according to testimonies of veterinarians.

Contact the seller
Extermination of fleas, fight against fleas