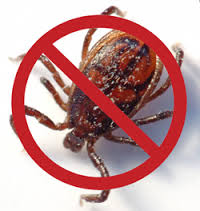 Fight against pincers is conducted not the first decade - it is arthropods of a class arachnoid, known for the powerful jaws. They with a force seize a body of the victim, and them happens rather difficult to pull out. To apply force in this case means to break off a parasite in half, and his part which remained in a wound, by all means, will provoke an inflammation.

Pincers on garden sites and dachas - the most frequent case of stings of the person. Address to service of extermination of ticks to prevent unpleasant consequences which at a sting can lead to development of the most severe viral infection affecting tissues of a head or spinal cord. Tick - borne encephalitis is followed by the expressed neurologic and psychiatric frustration, fever, general intoxication of an organism. Often with death. The Entsefalitny tick is found in the Urals, the Far East, in the Volga region. Fight against them has to be conducted in the strengthened mode here.