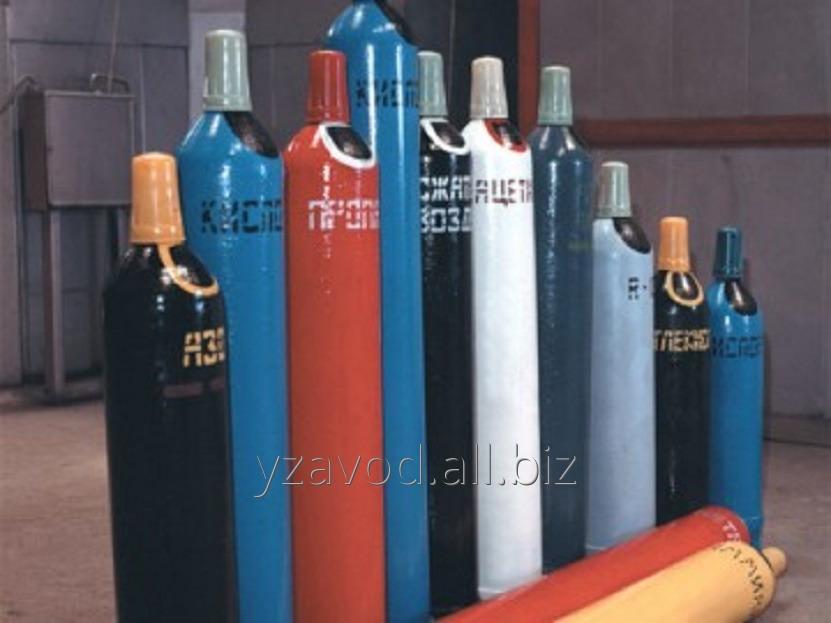 In stock
Reconfirm the price with seller
Uralskij Zavod Metallokonstrukcij i Novyh Tehnologij, TOO
Kazakhstan, Uralsk
(View map)
Call
Products of other enterprises
Description
Gases technical a cryogen from Uralsky Plant Metallokonstruktsy LLP and New Technologies
The company delivers cryogenic liquids (argon, oxygen, nitrogen, carbonic acid) quality and for reasonable prices. The offered cryogenic liquids proved the highest efficiency and economic return. In particular, they are successfully used during the work of cryogenic installations and gasifiers.
On all interested you, to questions, address to representatives of the company.


The technology of division of air with use of cryogenic temperatures on various gas components is known already for a long time. The basic principle of functioning of modern cryogenic installations consists in liquefaction of air and its subsequent division into argon, nitrogen and oxygen. This type of receiving liquid gases is called division of air by means of a method of deep cooling. In the beginning air compresses the special compressor, and then after passing of heat exchangers extends in the throttle gate or the car-detandere. Thus, there is its cooling and transformation into liquid. The subsequent division of the liquid air consisting mainly of liquid oxygen and liquid nitrogen is based on various indicators of their temperature of boiling. At evaporation of liquid air nitrogen is evaporated, and other liquid is enriched with oxygen. As a result receive liquid nitrogen, oxygen, nitrogen and argon of necessary purity.