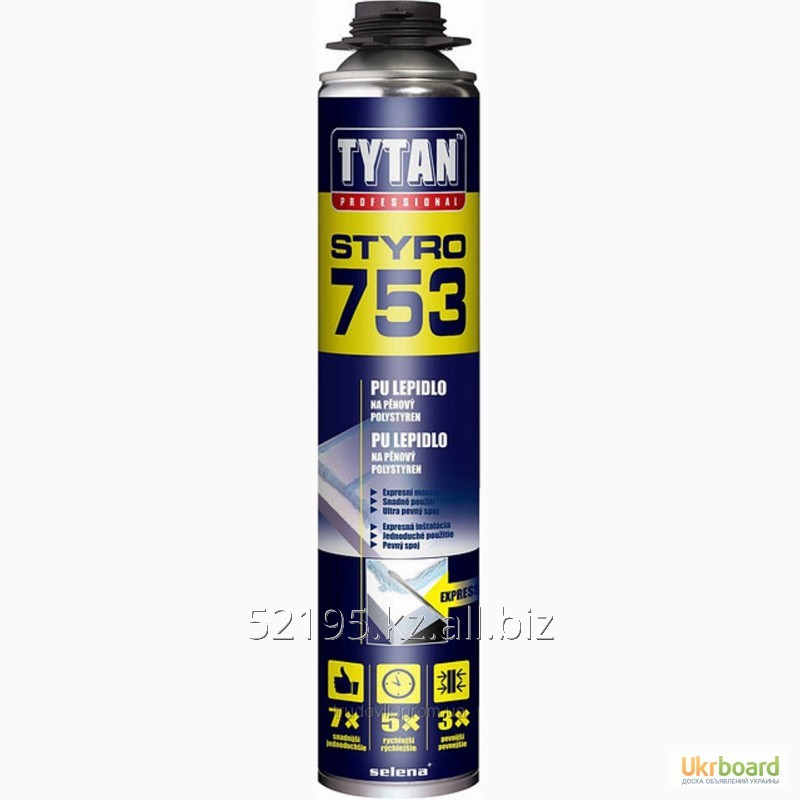 The professional unicomponent polyurethane glue intended for gluing of plates from expanded polystyrene when warming external walls both new buildings, and existing in systems of thermal insulation of "wet type". Thanks to use of glue, work becomes 7 times easier and 5 times faster, and force of gluing is 3 times higher.

Glue is very conveniently applied, and thanks to its application installation of plates from expanded polystyrene significantly becomes simpler.

It is characterized by high heat-insulating and sound-absorbing properties.