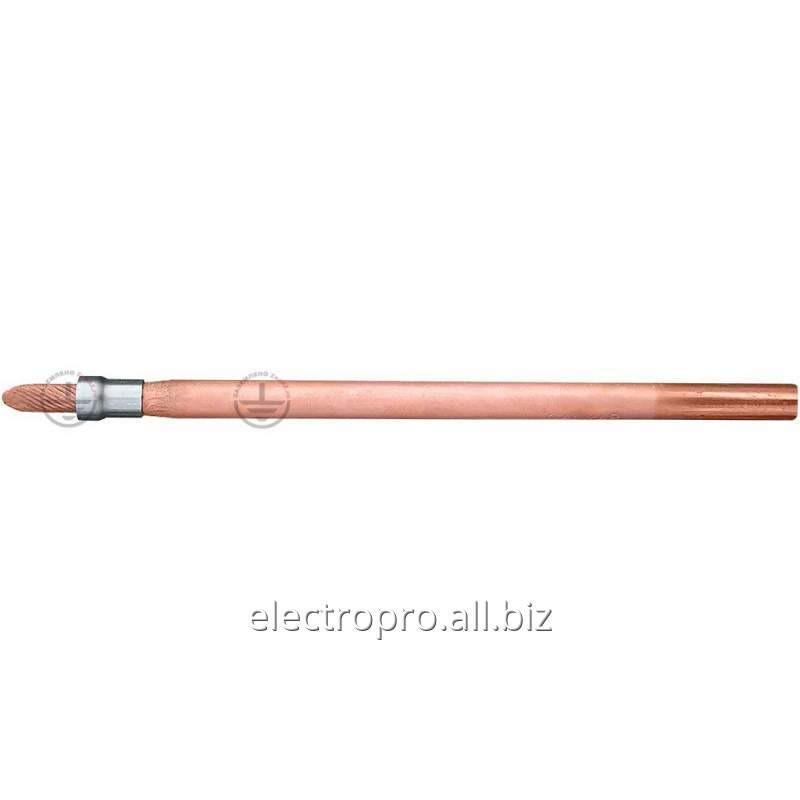 Vertical copperplated bezmuftovy (shod) cores of grounding of Galmar with the zazhimo-condensing plug are produced from rolled steel from an elektroliticheska by the put copper covering purity of 99.9% and not less than 0.250 mm thick, making molecular and indissoluble connection with steel. The steel basis of a core differs in high durability on stretching — 600 N/mm ².

One of the ends of a core is narrowed owing to forging thanks to what it keeps the protective copper covering on all length. Besides, the narrowed end allows to immerse a grounding core in soil without special tip. In other end the deaf opening for connection of cores with each other and increases in total length is made.

On a joint of cores the plug from stainless steel which is carrying out the roles which are at the same time condensing and strengthening connection is installed. Also the plug excludes the possible deformations of grooving part of a core arising during immersion in soil.

It is necessary to apply to installation of the bezmuftovy (forged) cores of Galmar Nagel giving striking power to the center of a core.