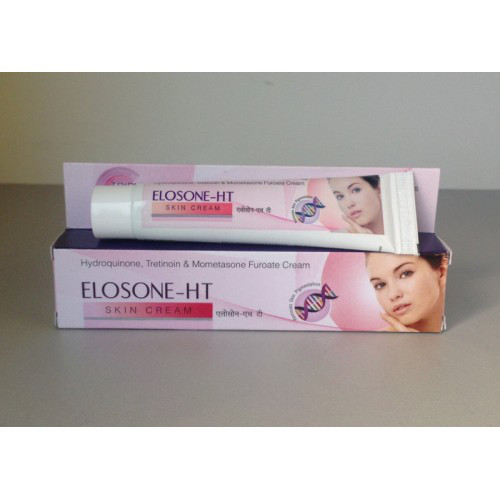 Initially, this drug was used only for the treatment of acne and acne. However, dermatologists noted that against the background of treatment with tretinoin, the skin became more elastic, and wrinkles and fine lines on the face became less noticeable. In recent decades it has been Tretinoin Cream - reviews by many dermatologists (as well as clinical studies) confirm this - has become one of the most effective means for treating wrinkles and other signs of photoaging of the skin.

Attention: It requires careful use, due to the high concentration of the preparation. It is enough to apply a gel with a small pea. And directly to the areas with pigmentation. Hydroquinone is a skin depigmentation cream used to lighten dark spots, such as age spots, freckles, melasma, and chloasma.

A drug that works by regenerating the skin and reducing the formation of melanin in the skin.

Like other medicines, hydroquinone can cause some side effects. If they are, they will most likely be insignificant and temporary.

It is pertinent to note that the side effects of hydroquinone can not be predicted, so we recommend that you consult with your doctor before use. Smoking, drinking alcohol or drinks containing caffeine, as well as illegal drugs, may interfere with the drug.