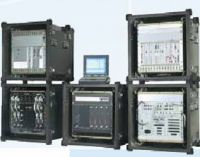 Reconfirm the price with seller
Seller
OTS Netuork, TOO
Kazakhstan, Almaty
(View map)
Call
Description
This decision is specially developed for needs of the military and civil structures ensuring safety at the corresponding operations. The decision allows to provide completely needs for communication of group in several hundreds of people in the territory with a radius of 10 km. The system, whose elements are located in special protective cases, can be operated in extreme natural and operational conditions. Users have an opportunity to transfer as-voiced information and data using telephone and radio terminals.
SCOPE
Solutions of PTN were specially developed for such situations as:
Peacekeeping operations
anti-terrorist missions
Safety of VIP persons, diplomatic missions i.t.d
Humanitarian and medical missions
Works at natural disasters and emergency situations
DESCRIPTION OF SYSTEM
Given programmatically - the hardware decision is made of three subsystems:
Radio
Telephone
Transferring
And telephone subsystems - can work with radio as together, and on separateness. The decision which is based on use of several cases with the equipment allows to use various configurations. Terminals and phones are also transported in protective boxes, similar to masts and antennas. Batteries and power generators can be put
ADAPTABILITY
Thanks to the fact that this decision be realized in the form of separate PTN modules can easily adaptirovanf to the following user needs:
Stationary basing or installation in the car (in t.ch the increased passability).
Use in the wide range of temperatures, at high humidity, vibrations, shake-ups, an electromagnetic interference.
FLEXIBILITY
The modular structure allows system to adapt to a wide range of the user situations easily. And also gives the chance to develop system in the following parameters:
The number of the provided services
Capacity of interfaces

Contact the seller
Installation of the projected telecommunication network (PTN)