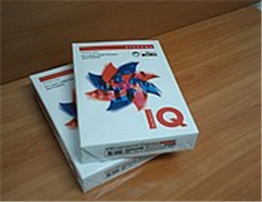 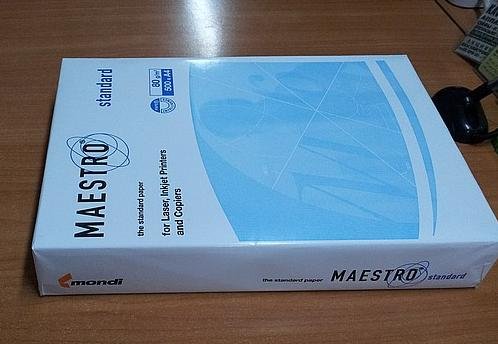 IQ paper the A4 format the Standard density of office paper — 80 g on square meter. Any office equipment has to work with office paper such density.

Recently the border between class C and class B is washed away. Finally it will lead to the fact that there will be two classes of office papers: office paper for daily application and office paper of premium class. It is much more clear for the consumer of office papers.

The format of office paper is the size of its leaf. The format is measured usually in millimeters (mm), is more rare in centimeters (cm). The most widespread format of office A4 paper has the size: 210 x 297 mm. The format of office A3 paper is twice more on the area, and by the size one of the parties same as well as in A4, and another is twice more: 420 x 297 mm. Paper of the A3 format is suitable not for any office equipment. Upon purchase of the photocopier and/or printer it is necessary to watch in the instruction the section of specifications to learn whether this office equipment will be able to work with A3 format paper. Paper of the A3 format is applied in office works much less than A4 format paper. Sometimes in addition it is possible to meet writing paper of the Soviet C11 format: 203 x 288 mm. It is slightly less, than the A4 format.
At last, for office devices A3 + format paper meets. This size is slightly more, than A3, namely: 329 x 483 mm.
Other formats of paper are not considered as office. Though these formats can be present at office office equipment. For example, work on formats smaller, than A4 is provided in many printers and copiers. In particular, work on format of photos 10 x 15 cm and even the press on compact disks is provided in many office inkjet printers.