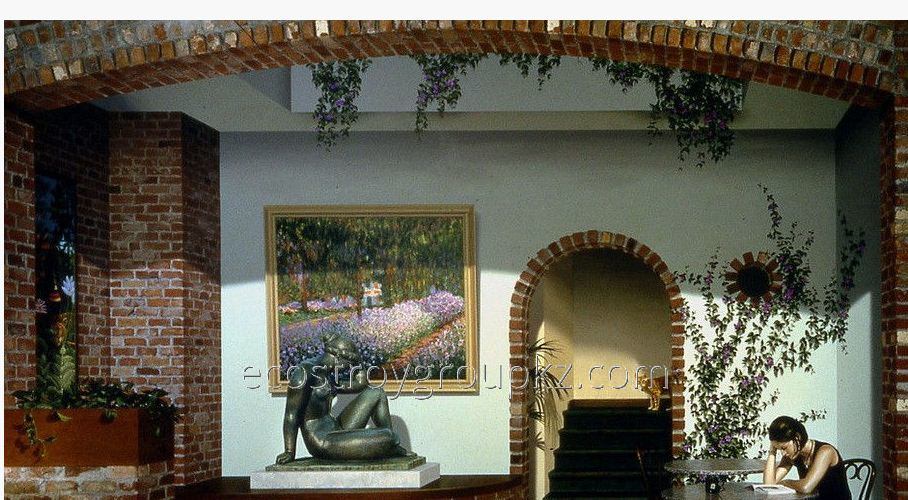 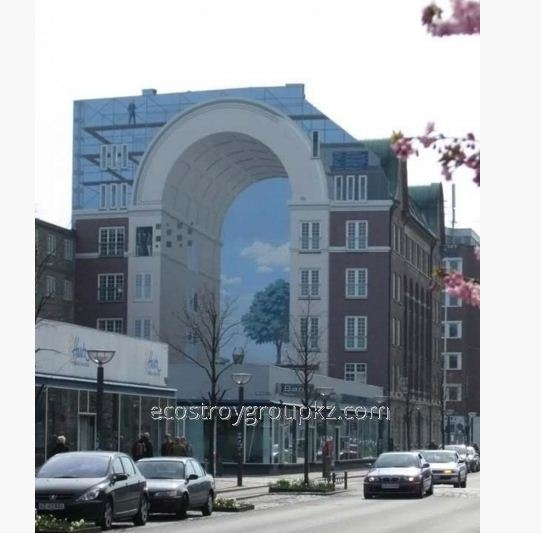 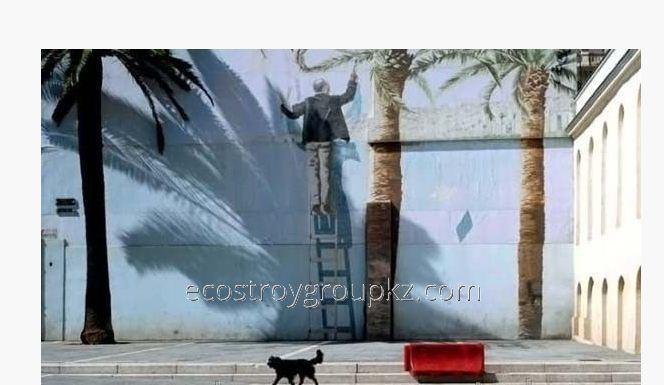 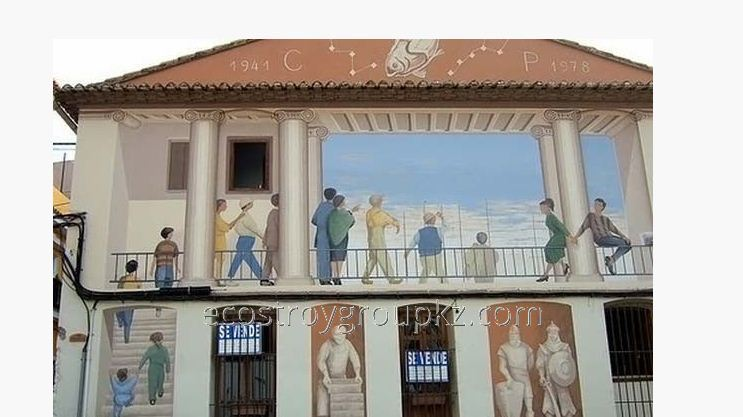 
The wall list was actively applied in Ancient Egypt to dressing of internal space of tombs, cult constructions and inhabited interiors. Also the fresco was known in the Aegean art of the II millennium BC and is especially widespread in Ancient Rome. Monuments to an antique civilization informed us of the magnificent realistic models of classical wall painting executed with big skill. By the way, during this period masters learned to apply the mixed equipment at which from above applied one more layer of distemper on the dried paint layer. Precisely so temples and ancient Russian architects painted.

Chronologically blossoming of art of a fresco coincided with the Italian Renaissance.

In Italy wall painting enjoyed extraordinary popularity, and many famous artists of that time, such as Leonardo, Michelangelo, Raphael, Botticelli, were engaged in it. In Russia during this period there was also the whole group of muralists whose names are tremblingly stored memory of descendants till this moment — Feofan Grek, Andrei Rublyov, Dionysius.

During a baroque era wall painting acquired absolutely special status and symbolics and was still one of the most popular means of transformation of interiors of palaces and mansions, and also creation of grandiose spatial illusions. During the subsequent eras — rococo, classicism, an empire style (that is up to the middle of a century before last) value of a fresco and wall list did not decrease at all. It still carried out first of all representative function.

With approach of an era of eclecticism and c some decline of big style in general wall painting also began to concede in the esthetic plan to lists of the previous periods a little.

During grandiose historical and social changes at the end of the 19th century, marked by emergence of essentially new and modern style — a modernist style, art of a fresco and wall painting in general got qualitatively other principles and forms.

In a ruthless and inconsistent 20th century ancient traditions regenerated in modern, and art of a wall list did not avoid a similar fate.

In premilitary years fashionable stylistics of art deco, relying on experience of the previous eras, synthesized in itself the principles of constructivism and an Ancient Egyptian wall list.

In 70e years there was a new reception of wall painting — the superschedule which allowed to create illusion of dissolution of space by means of a combination of bright contrast color and geometrical drawing. Continuous curves (the strip passing from walls to a ceiling and a floor) visually break a stereotype of perception of three-dimensional object.

This direction was extremely popular in youth subculture of the last third of the XX century and because of the extremely strong psychoemotional influence was applied (and it is applied now) to creation of original clubs, discos and entertainment complexes.

Modern designers in the works very often address centuries-old experience of creation of optical illusions in an interior by means of a wall list and a fresco. Sometimes it is the real panacea for plain projects of apartments of standard planning. Merge of illusory space to real gives the chance of necessary visual correction of volume of the room towards its expansion, "break outside" or, on the contrary, narrowings. Sometimes the impression of use of wall painting is so strong that at first sight happens extremely difficult to determine the real sizes and dimensions of the room.

As it was already told above, fresco in translation from Italian means "crude": the classical technology consists in interaction of water-soluble paints with fresh, crude plaster. When drying components of paints and plaster form the transparent film fixing the image and doing it durable. One more kind of wall painting — a list on dry plaster — alsekko. In this case to plaster at first allow to dry, and then humidify. Paints mix previously with lime or with mix of lime and casein glue. As a result strong waterproof connection turns out. Frescos alsekko can be applied not only on internal walls, but also on facades.

The classical technology of a list demands high qualification of the artist therefore now and apply it quite seldom because of big material inputs.

Much more economically in respect of materials a list acrylic or tamper paints on the plastered and grounded wall. But anyway, whatever was material, the true professional in the field of wall painting has to carry out it.

There is one more option of a wall list about which it was not told above — grizayl. It is the monochrome equipment known for a long time. It is used in an interior for creation of illusion of volume of the architectural details represented on the plane. In this case the artist stops the choice on the muffled shades of gray, brown and white flowers. Grizayl (on condition of her performance by the professional artist) allows to imitate on the wall plane quite complex sculptural compositions, architectural details, a stucco molding, columns with capitals, it is original to issue door and window openings.

In principle at big desire it is not too difficult to create masterpieces in the room and independently. If you are not afraid to spoil a wall, then it is possible to paint its plastered surface by means of gouache or acrylic paints. If you have art skills, then for creation of a personal masterpiece it is not forbidden to use also oil paints. And on wall-paper in general it is easy to draw an old kind water color, and besides it is quite simple to replace wall-paper. But if you had a serious need to change the image of the dwelling by means of equipment of a fresco list, then in this case the most reasonable would be to address professionals, and to direct the thirst of creativity to the choice of a subject of composition and its color scheme.

In design of modern houses even more often use methods of wall painting.

In big difficult rooms the scope for the imagination is huge and subjects for frescos can be chosen the most various — from classical plots and vegetable or geometrical motives to the most difficult fenteziyny compositions with application of an aerographics and supergraphics. The main thing here, as well as in any business — not to go too far. Sense of proportion allows true professionals to apply all existing methods of transformation and dressing of inhabited space in the field of design, at the same time keeping its suitable for life.

And now It is necessary to tell several words about where and how pertinently to use similar receptions. In interiors with elements of antique or classical eras for a list are acceptable realistic landscapes or genre scenes. For example, for the interior solved in Baroque style or rococo the Italian landscapes with ruins as compositions perfectly will be suitable for a list of ceiling plafonds or wall niches.

In "medieval" buildings the plots imitating a stone laying or images of battle or religious scenes stylized "under a gothic style" are pertinent. In the interior appealing to stylistics of a transitional era — to a modernist style, the realistic or stylized vegetable "picture" will harmoniously fit in.

Of course, the combination of different historical motives in a decor of one interior is possible. For example, the drawing room can be solved in the style imitating Ancient Egyptian, and to issue a private zone with elements of an antique era. Or on the contrary, the territory of a drawing room can look as a medieval hall, and the office "is enriched" with motives of baroque.

A specific place in the house is held by the nursery. A fresco — the most successful way for creation in it absolutely special atmosphere of the magic world of imaginations. But it is necessary to remember that the mentality of the kid is rather fragile and therefore at a list of the room of the child it is necessary to select the corresponding songs and the easy, muffled color. Very often the ceiling is decorated with clouds, asterisks, the flying birdies or balloons here. Also in this room it is possible to create so-called effect of a perfumery box when a list unite a ceiling, walls and even a floor. At the same time illusion of the birth of new space is created. Are for this purpose acceptable nature subjects, fantastic or animated compositions. To children is more senior shots from favourite comics or movies will approach. To teenagers — a photo of favourite musical performers or filmstars.

By means of equipment grizayl it is possible to decorate originally the interior solved practically in any style, having just finished drawing those sculptural or architectural details which will remind any historical era.

The supergraphics is never usually used for registration of pleasure institutions and practically — for a list of inhabited interiors. And if nevertheless there is such need, then it is important to think over very carefully structure of composition and its color that inhabitants of such house had no feeling of discomfort and a disorientation subsequently. And for superschedule nurseries it is not recommended at all. However in registration of the room of the teenager quite appropriate to use the difficult graphics with a geometrical ornament repeating on different surfaces and giving an unostentatious rhythm to all space.

Reception of drawing on different surfaces of the realistic images enlarged the fruits, flowers, fruit made by means of computer technologies partly borders on supergraphics.