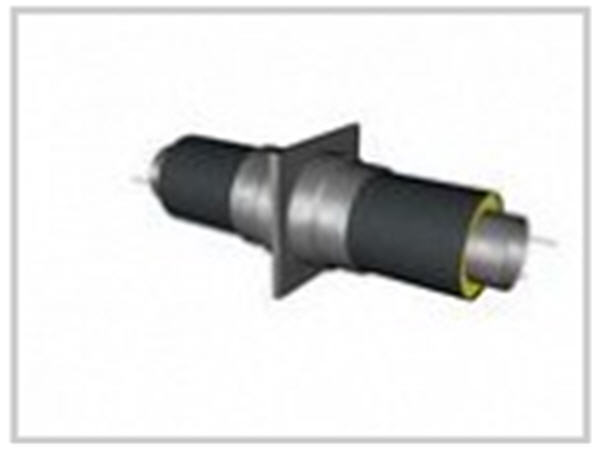 Motionless support (NOP) are an obligatory element of pipelines of thermal networks in polyurethane foam (PPU) thermal insulation, serve for giving of stability of the designed sites of pipeline system from the vertical and horizontal loadings arising in heat conductors of underground beskanalny laying and are made on the design determined by GOST 30732-2006 "Pipes and shaped products steel with thermal isolation from polyurethane foam in a protective cover" from the carbonaceous or low-alloyed steel.

Support motionless (dead) limit to themselves movements of steel pipes and components of elements of the pipeline in a separate site, absorb the linear lengthenings and deformations caused by temperature changes of the transported environment, than provide working conditions for the sliding support and bellows-sealed compensators located between these support.

Support of pipelines absorb motionless, perceiving on themselves, the internal fluctuations and loadings caused by the mass of components of pipeline system (a pipe, shaped elements, shutoff valves, the heat carrier and thermal insulation) and heat carrier temperature differences in a pipe and environment, without allowing to move system for design restrictions. Compensation devices as which bellows-sealed compensators and P-shaped elements are most often used provide necessary and admissible movements and the movements of the pipeline on the site limited to support. For stability giving compensators bellows-sealed are installed in close proximity to a support of heating mains, between two support it is possible to install only one compensator of this type.

In the course of installation the steel element of the NOP support vvarivatsya and fixed in a reinforced concrete framework of panel board type and this design allows to maintain often changing multiton loadings during the whole time of operation of pipeline system. The waterproofing of steel part of the PPU motionless support is provided with a strong external polyethylene cover, a thermoshrinkable tape and the heat-insulation layer which is evenly covering and strongly linked to a steel pipe from polyurethane foam for pipes PPU of underground beskanalny laying. For laying type in channels through passage or over the earth protection of a motionless support for pipes is provided with a steel galvanized cover. The anticorrosive paint and varnish covering surely is applied on the steel sites of a support which are not protected by a polymeric thermoshrinkable tape. Thanks to the design of a support motionless racks in PPU of isolation to external corrosion also do not need system of measures for electrochemical protection of a steel basis of a product.

The ALMAZIT company makes shaped elements in isolation PPU among which along with provided by state standard specification pipeline elements also a support the motionless price on which it can be calculated in the non-standard and required by the customer parameters.