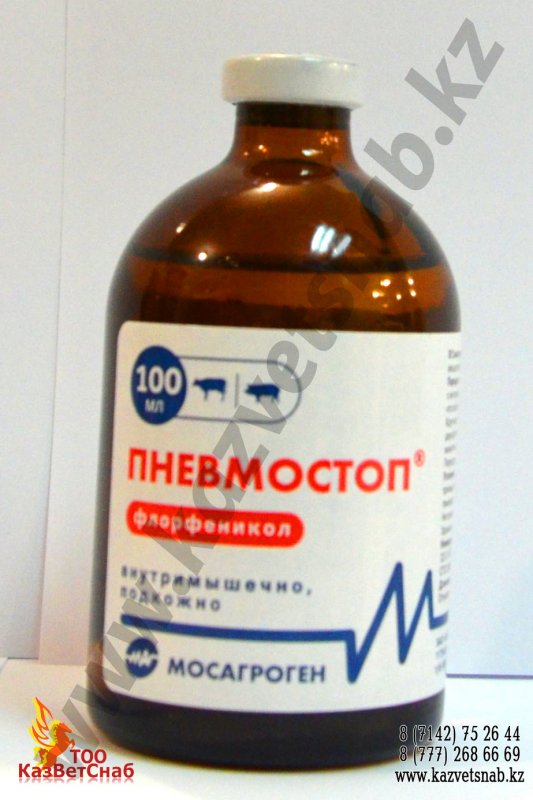 - the synthetic antibiotic of a broad spectrum of activity, bioavailability makes 80% , suppresses growth and development of grampolozhitelny and gramotritsatelny microorganisms, including is most active concerning aerobic bacteria of Enterobacteriaceae group (E. coli. Enterobacter spp. , Citrobacter spp. , Shigella spp. , Salmonella spp. , Proteus spp. , Klebsiella spp. , Serratia spp. , Yersinia pestis, Y. enterocolitica, vibrio cholerae), Haemophillus spp. , including Haemophillus influenzae and H. parainfluenzae, Neisseria spp. , including Neisseria meningitidis, and anaerobic bacteria – Bacteroides spp. , majority of strains of Bacteroides fragilis. , Fusobacteriun spp. ; concerning grampolozhitelny aerobic and anaerobic bacteria – Staphylococcus spp. , mainly S. aureus, Streptococcus spp. , including S. pyogenes and S. pneumoniae, strains of Clostridium perfringes, Peptococcus and Peptostreptococcus spp. and so forth. At receipt in an organism the preparation is quickly distributed on all bodies and fabrics, the maximum concentration is reached in 30 minutes after introduction and remains within 48 hours. At application of PNEUMOSTOP of cross resistance to other antibacterial means does not arise.

The preparation represents solution for injections. 1 ml of a preparation as active ingredient contains 300 mg of a florfenikol and auxiliary components

The preparation is applied to treatment of cattle at diseases of respiratory organs, bronchial pneumonia, pneumonia, enterit, the kolibakterioz caused by Pasteurella multocida, Klebsiella pneumoniae, Streptococcus pneumoniae, Micrococcus sp. , apply to treatment of pigs at the pleuropneumonia caused by Actinobacillus pleuropneumoniae or Haemophilus parasuis, the atrophic rhinitis caused by Pasteurella multocida, Bordetella bronchiseptica. , and also other infectious diseases of a bacterial etiology at the pigs and cattle called by microorganisms sensitive to a florfenikol