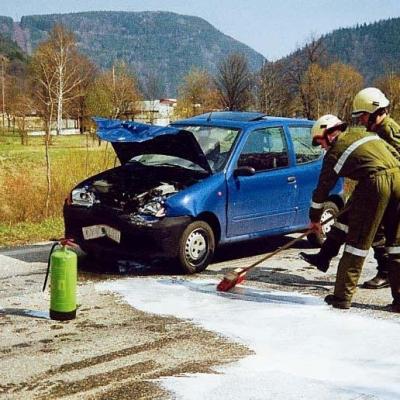 In stock
Reconfirm the price with seller
Eko Servis Proekt Aziya, TOO
Kazakhstan, Atyrau
(View map)
Call
Products of other enterprises
Description
BIOVERSAL FW is the recognized clearing product for ecological
neutralization and elimination of oil and fat traces on pavings, and also for the solution of problems with oil products on the land and oil stains on water. At professional application the product of BIOVERSAL FW interferes with emergence of danger of the drift caused by the remains of oil products and fats. At the same time the structure of a paving is not damaged and does not change (for example, protection of asphalt of a roadbed).
BIOVERSAL FW provides deep cleaning of a time. Closing or "puttying" of a time is a frequent problem when degreasing transport surfaces. At application of BIOVERSAL FW containing harmless to environment
surface-active substances, perhaps fast assistance. It
confirms the relevant act of test given by Department on test of materials of the earth Northern Rhine-Westphalia (Germany). Besides, BIOVERSAL FW immediately reduces danger of ignition and explosion.
The bioactivator which is contained in BIOVERSAL FW provides extremely fast
biological splitting of the remains of oil products. Ease and speed of application promote creation of pleasant service conditions, and also optimum degreasing of surfaces. Thus, period of operation is reduced, and the damaged site can be open with a clear conscience for journey to the shortest time.
One more advantage is the possibility of application of BIOVERSAL FW in
rainy weather. At professional use the product of BIOVERSAL FW has the highest efficiency and is the most suitable means of restoration of necessary conditions of environment.
Contact the seller
Product for ecological neutralization and elimination of oil and fat traces on BIOVERSAL FW pavings

We recommend to see
Materials for liquidation of petroleum products spills
Send inquiry
Buy
Contact supplier
Your question has been sent successfully
Consultants of the shop typically answer questions during the day.