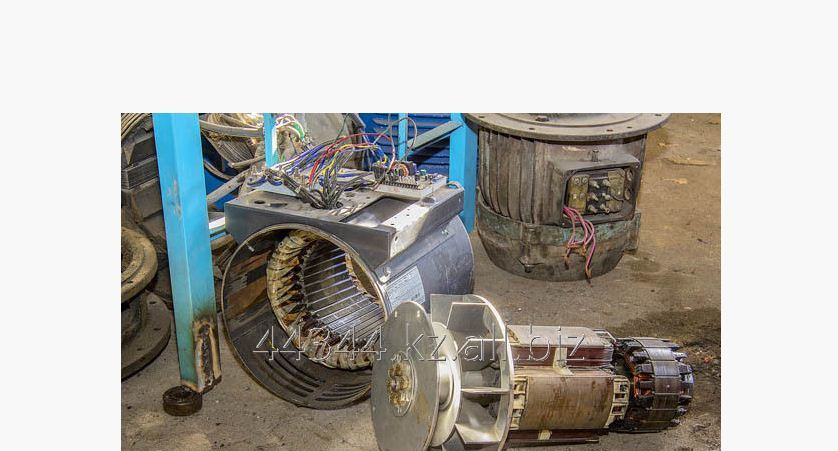 Rewind of electric motors of the A-2,AO=2,AIR series

Price on repair, rewind of electric motors of the A-2,AO=2,AIR,4A,4AK,AOL series

The prices are specified excluding VAT

The first half of the 19th century is characterized by creation of the physical devices showing continuous transformation of electrical energy to mechanical. In particular, investigating interaction of conductors with current and magnets, the famous scientist Faraday in 1821 has established that the electric current passing on the conductor can force this conductor to make rotation around a magnet or to cause rotation of a magnet around the conductor. Thus, practical experiences have visually proved a possibility of creation of an electric motor. The American physicist J. Henry in 1831 has made attempt to design the device in which the attraction heteronymic and pushing away of the like magnetic poles for receiving the continuous movement was carried out. This peculiar electric motor had very small capacity and actually was not of special practical value.

The second stage in development of industrial engines falls on the middle of the 19th century and is characterized by dominance of designs with rotational motion of the salient-pole armature. In 1834 the St. Petersburg academician B. S. Jacobi has constructed and has described the first engine which acted on the principle of an attraction and pushing away between electromagnets and having undoubted practical application. Jacobi's electric motor could lift a load weighing 10 — 12 pounds (about 4 — 5 kg) on height of 1 foot (about 30 cm) a second, that is its power made about 16 W. News of B. S. Jacobi's invention has extended over all countries soon. New common industrial engines of a different design began to be used gradually in normal life. In particular, in printing houses there were large printing machines which have replaced muscle labor.

At last, in the second half of the 19th century designs of engines with the ring non-salient-pole armature and almost constant torque have been developed. Further researches have allowed to increase not only the power of the industrial electric motor, but also have shown a possibility of the address of the engine to the direct current generator. Thus, as a result of works of a number of scientists and inventors there was an electric motor which has soon begun to be applied widely in equipment and everyday life of the person.

We recommend to see
Services in maintenance service and repair of the electric and electronic equipment of vehicles
Rewinding of motors with mechanical parts repair
Repair of starters
Replacing of car battery
Automobile electrical equipment repair
Repair of automobile generators
Automotive electrician services
Send inquiry
Buy
Contact supplier
Your question has been sent successfully
Consultants of the shop typically answer questions during the day.