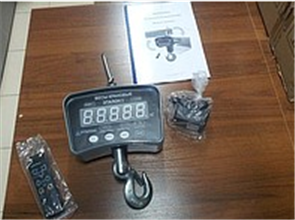 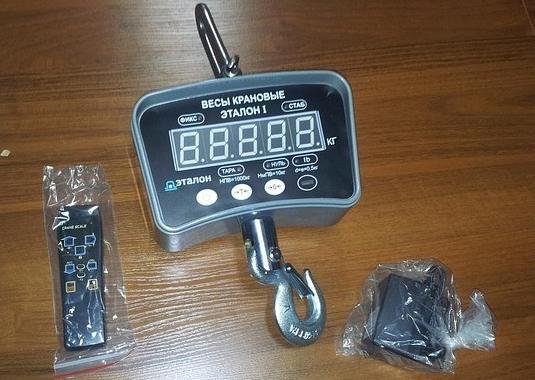 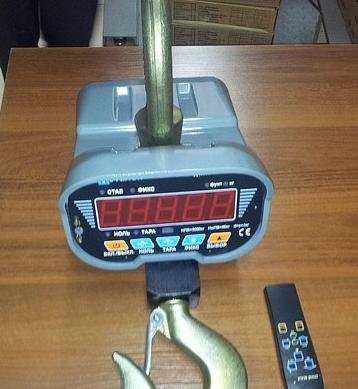 Scales are crane electronic, intended for static weighing of loads in the course of their unloading and loading by the crane with indication of results of weighing of N

- Degree of protection of IP65;

- The body from the aluminum alloy;

- The rotating hook by 360 degrees with the automatic latch;

- Remote control of scales at distance to 10 m;

- The radio channel (the wireless peredcha of data on distance to 150 m);

- The duplicative board (wireless duplication of weight on the additional portable board, height of figures is - 76 mm);

- The body of scales crane with the tenzometriya set, the radio transmitter which is built in by the indicator and removable fastening (loop);

- The hook cargo reception with the automatic latch;

- The operation manual on scales in Russian.

- Function of accumulation of weight (summing of mass of the load);

- Data transmission about results of weighing on the PC.