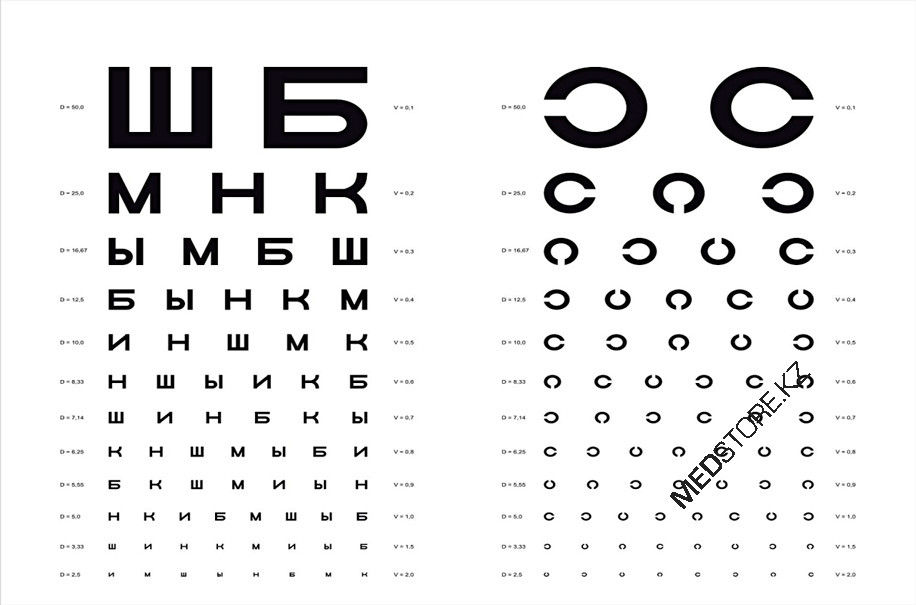 Sivtsev table Table is a standard set of symbols for human visual acuity. Sivtsev table table consists of a combination of seven different letters of various sizes, but equal to its width and height. In accordance with the conditionally accepted norm, eyes with 100% vision (V = 1.0) is able to distinguish between two remote point with an angular resolution of 1 minute (or 1/60 degrees).

The table also contains two additional columns: left - "D=. " (distance in meters, with which this character sees a man with 100% vision), right - "V= . . . " (Visual acuity, if the number of characters read from 5 m). V values that are listed in the right column of the table, the corresponding Visual acuity, studied from a distance of 5 m.

In determining Visual acuity should be spotlighted one filament lamp or two fluorescent lights so that illumination was equal to 700 Lux. The light from the lamp (s) shall be directed only at the table and not beat in person.