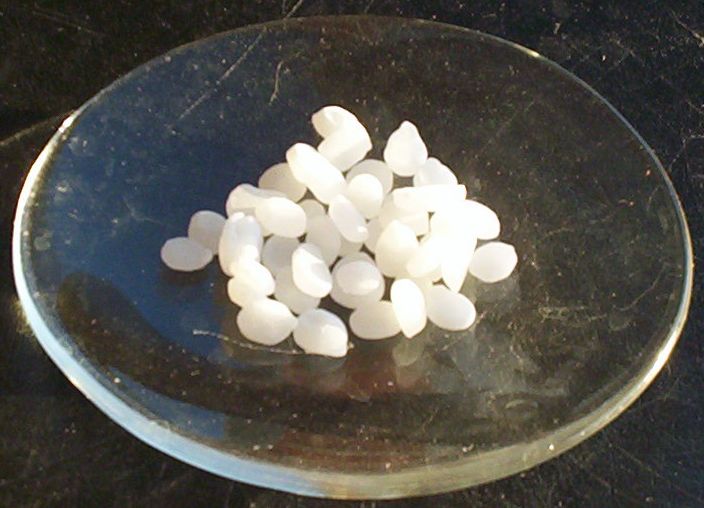 Properties. The white pieces or cylindrical plates of crystal structure on break containing not less than 95% of sodium of hydroxide. Also goes on sale in the form of the liquid preparation containing 42% of sodium of hydroxide. It is hygroscopic. It is very well soluble in water (51,7% at 18 °C), and also in alcohol, at the same time large number of heat is allocated. Solutions of silnoshchelochny reaction.

On air, interacting with carbon dioxide gas, turns into acid sodium which in the form of white raid covers surface of pieces of sodium of hydroxide. The formed crust of sodium carbonate interferes with further absorption of moisture from air. Receive electrolysis of aqueous solutions of sodium chloride. Sodium the hydroxide is incompatible with acids, tanning matter, salts of heavy metals and metalloids, with acid salts. Corrodes the majority of the materials adjoining to it.

To Compare the Products
×