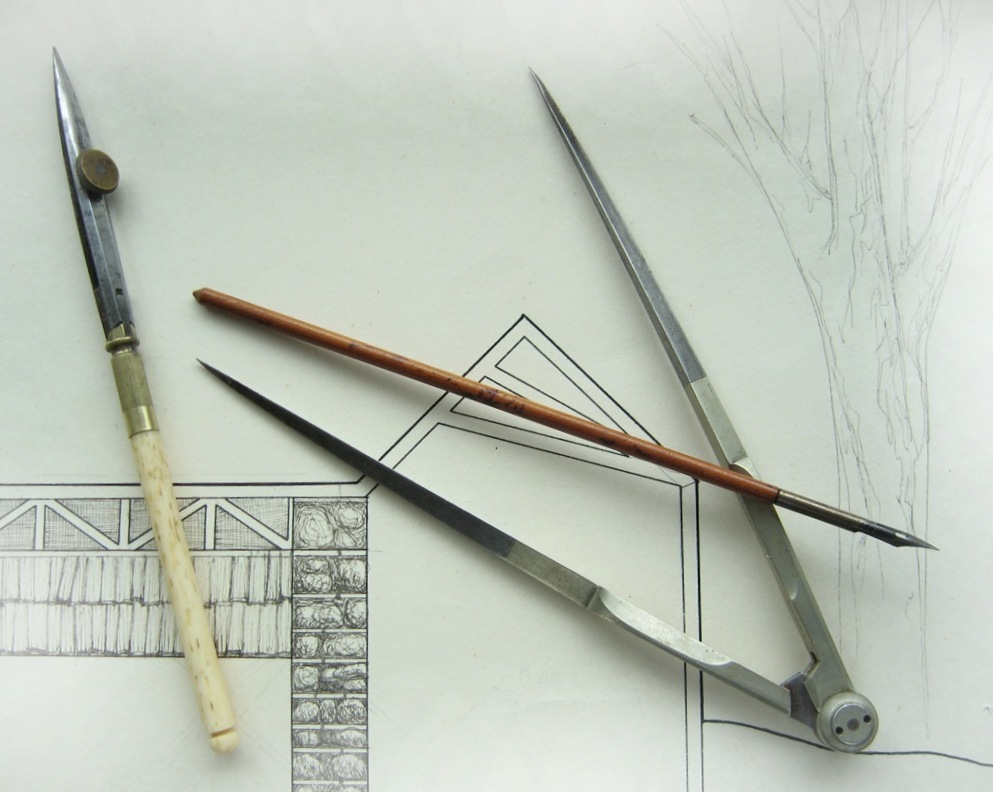 Curve — the drawing tool for construction or check of curves. The curve of constant curvature represents the template containing one or more different curves of variable radius. The curve of variable curvature is usually steel strip (ruler) with the device changing its curvature.

The tool allows to build rather precisely sites of such curves as: ellipse, parabola, hyperbole, various spirals. Also it is used for drawing up patterns of clothes.

Measuring curve — the besshkalny measuring tool for control of curvilinear contours of details. Measurements it is usually made by a gleam width assessment between a curve and a detail or by means of the probe which is entered into a crack.

The simplest construction is made by sites: for each site three points are under construction, the suitable curve on a curve approaches them and a line as under a ruler is drawn. Except these three points existence of several more next points or directions (them sometimes do not build obviously but they exist in mind of drawing) as through any three points which are not lying on one straight line it is possible to construct a circle is absolutely necessary.

Consists of a transparent or translucent (opaque) surface ("table-top"), sometimes inclined or rotary and devices for illumination of a table-top from below (electric lamps or a mirror for the direction of beams of the Sun). [3] In case of photochemical process it is necessary to use the light sources rich with ultrafioletova with beams, at manual copying, on the contrary, similar sources are undesirable.

We recommend to see
Drawing instruments
Send inquiry
Buy
Contact supplier
Your question has been sent successfully
Consultants of the shop typically answer questions during the day.