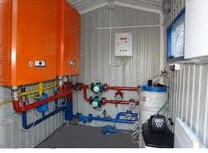 Zhyly LLP is one of the few Kazakhstan producers having a wide experience of production of the heating equipment. Since 1974. It as a part of Elektrobytpribor plant released heating devices on liquid Medeo fuel. Having passed all difficulties of the Perestroika period, our company in 1993 becomes legally independent, and in 1996 resumes release of heating production of new type, using developments of the experts. Now our company releases heating devices on liquid fuel, gas, solid fuel, electric, autonomous modular boiler rooms, only 79 names. Specialists of the company carry out continuous work on improvement of a design of the let-out coppers. The company takes part in the tenders held in the territory of the Republic of Kazakhstan