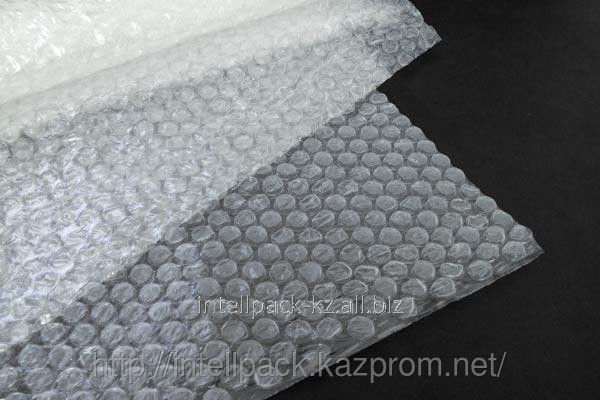 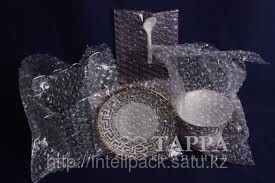 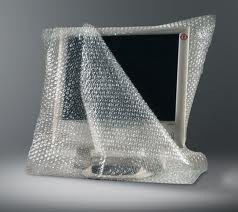 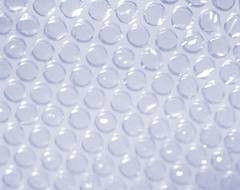 Contacts of department of realization:

The air and vesiculate film is applied as packing of various goods for reliable protection them from blows, packing of computers, ware, fragile goods.

It is applied as packing of various goods for reliable protection them from blows, scratches, chips, squeezing, vibration, moisture, pollution, harmful thermal and acoustic effects. Unique properties of a film are explained by their unusual structure. It is made of polyethylene of high pressure.

Application:
The air and bubbly film is ideal for packing of all types of furniture of electronics and the equipment, optics, ware, porcelain, glass, mirrors, lighting fixtures, and also in quality shumo - , warm, vlago - and vetroizolyation.

Bubbly  packing  — flexible transparent  plastic  material (polyethylene) which surface is evenly covered with the small ledges filled with air. It is used for packing of fragile objects. It was invented by two engineers: Alfred Fielding and Mark Chavann in 1957. Originally bubbly packing thought as new material for wall - paper which would be easy and convenient to be cleaned.

To Torah? bubble skanye? in (also breakage of bubbles) — one of types of tactile entertainments. Is serial squeezing of bubbles on  polyethylene  with air bubbles to which fragile objects when transporting are laid over. Has the calming effect due to harmless realization of destructive impulses peculiar to an individual. The pleasure is given only by the bubbles which burst with a characteristic  sound . Also degree of satisfaction is influenced by the speed of breakage of bubbles and their quantity for one act of a clap. Most of people likes "to destroy" bubbles one by one, maintaining a pause between these actions.

In the modern world it can strongly facilitate nervous tension. So, for example, many people cannot stop, all bubbles on polyethylene will not burst yet, and have enormous satisfaction when it at last happens.

Breakage of bubbles is one of types of entertainments at offices.

An adherent of this hobby is Joseph, the character  of the movie "Amelie" . At one of heroes  of the movie "Airplane"  breakage of bubbles turned into a painful  mania . In the movie "Where My Wheelbarrow, Dude? " raincoats of representatives of sect of the "Boring contactors" who captivated the main characters were made of this material. The main characters used these raincoats for masking in escape attempt, but could not resist from breakage of bubbles.

At the 12th annual festival "Cresta Awards" in  New York the calendar  the "Year of pleasure" created by the Russian advertizing  agency Sorec - Media won a prize. Each date in it is applied on the bursting bubble.

Bandai and Kawakami Sangyo Co companies. Ltd created charms under  the name Mugen Puti Puti . On a rectangular charm 8 bubbles when pressing which of the built - in loudspeaker the sound identical to breakage of bubbles on packing is made are located (tactile feelings are also similar). And every 100 - th pressing to be followed by a bonus sound (dog bark, a doorbell, orgasmic groan or one of many others sometimes even uncivilized, but very cheerful sounds).

Nick Cave  possesses the phrase "Just tell that to meet Nick Cave was it is so fascinating, as well as to burst air bubbles on a packing material"

For specification of the price and existence of goods of Vozdushno a vesiculate film for windows contact our experts.