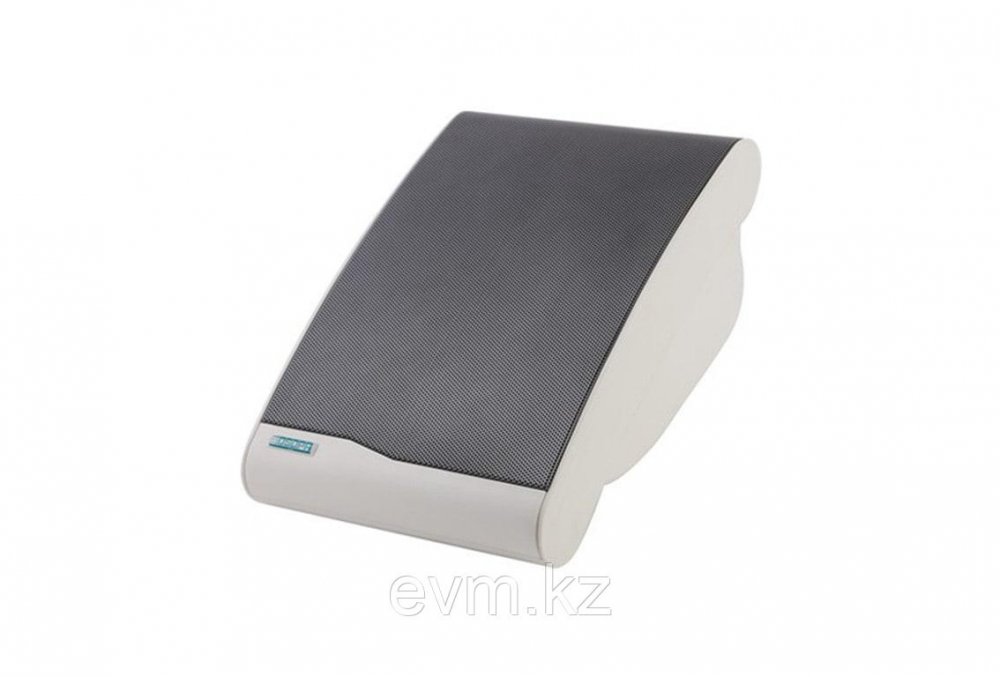 The loudspeaker of DSP-106 is a wall speaker with a nominal output power of 6 W. Level of the maximum sound pressure at the exit makes 100±2 dB, and the effective range of frequencies from 160 Hz to 18 kHz. Sensitivity of loudspeakers traditional, as well as in the majority of devices of broadcasting: 92±2 dB. The equipment is equipped with convenient system of fastening which allows to mount easily loudspeakers on almost any suitable plane.

This type of loudspeakers is most often used for the organization of broadcasting in hotels, schools, offices and industrial rooms where it is necessary not only existence of an opportunity to broadcast voice messages, but also to transfer music, a news line and special sound signals.

Wall speakers are most often used as a way of the organization of voice messages which need of broadcasting arises in emergency situations. When there is no force majeur circumstances, through system of wall loudspeakers usual announcements or background music are broadcast.

Designs of wall speaker systems in most cases depend on architecture and category of the building to which they are supposed to be established. In buildings with low degree of protection the simple local system which is quite enough in order that even in extreme circumstances the necessary voice notification reached each addressee is installed.

Buildings of the big size and the increased area demand installation of the difficult centralized warning systems which are implemented by means of wall loudspeakers. In such difficult systems an obligatory element of wall speaker announcing systems are loudspeakers of wall type. Them usually have in each separate zone in order that even the one who is outside the zone could hear an alarm signal or any voice notification.

Such difficult systems demand equipment by their governing bodies which specially developed control units adjusted (in big scales) as the personal computer usually act. Except the control unit, in such systems an obligatory element is function of switching of signals.