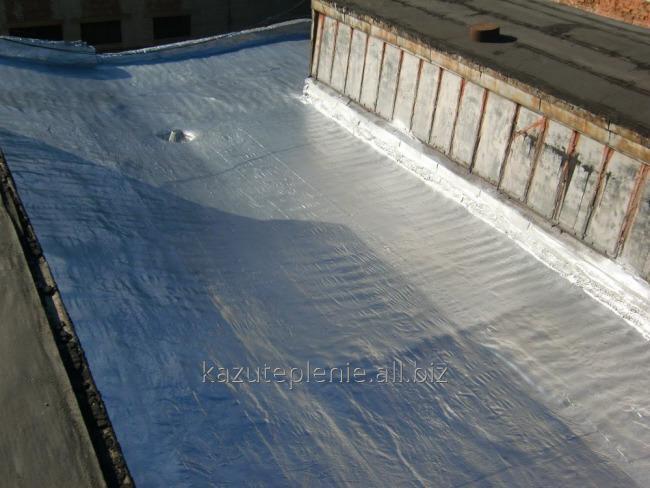 Reconfirm the price with seller
Seller
KazTeploGidroIzolyaciya, TOO
Kazakhstan, Almaty
(View map)
Call
Services of other enterprises
Description
Since the USSR in our country the whole baggage of the traditions useful, unfortunately, not always remained. So, following one of old traditions, both at construction, and at repair, a zdaniyagidroizolyation of a roof of Almatyit is carried out most often by rolled bituminous materials. As a result at least each 4-5 years, and sometimes and a thicket, a waterproofing the next planned repair is required! As a result of nonprofessionalism the new roof is stacked often directly on old and as a result, thickness of the formed roofing "pie" grows to 30 - 50 centimeters!

Similar "puff" design - very not a qualitative waterproofing of a roof of Almaty, and heat-insulating and paroizolyatsionny properties of such "pie" leave much to be desired at all. Besides bitumen is subject to numerous damages and cracking from influence of the minimum external loading.

Optimum the decision for flat roofs is polyurea!

The waterproofing of roofs of Almaty polyurea (a poliuriya, polikarbomidy) will allow to achieve the high-strength elastic covering which does not have the listed shortcomings, surpassing all modern hydroinsulators not only in the main but also according to minor characteristics.

What speed of drawing this waterproofing?

Thanks to features of material, high-technological effectiveness of the equipment and professional approach of operators of our company for one change to gidroizolyatsiimozhnopodvergnut about 200 m of the sq. area. Full polymerization, as well as a possibility of full operation of a surface, will come in several seconds.

If you want that the waterproofing of a roof of Almaty was carried out by the most high-quality material about which, after a dusting, it is possible not to worry several decades, then polyurea - the fact that it is necessary for you!