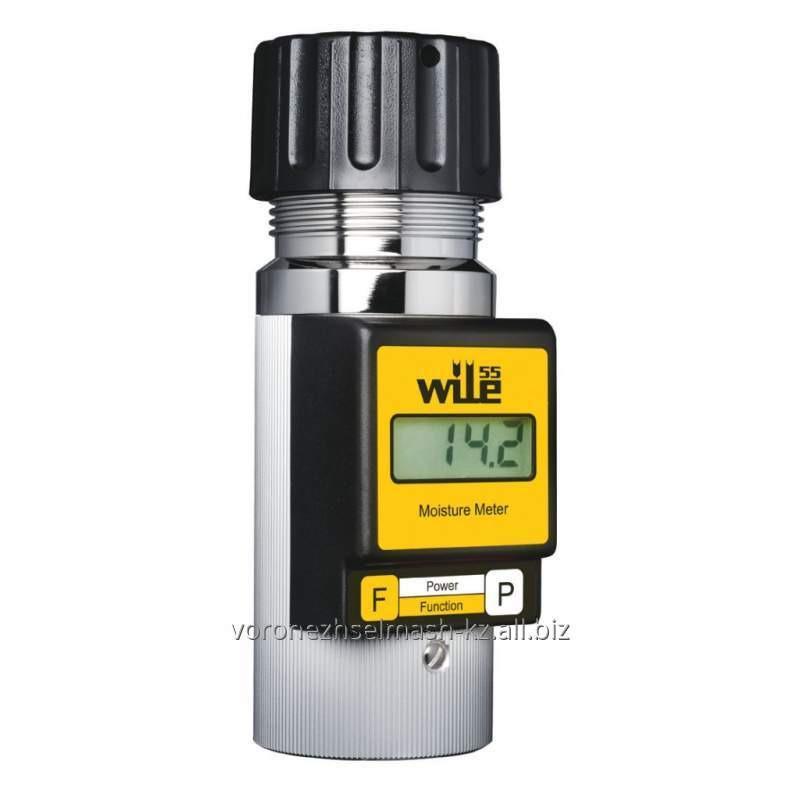 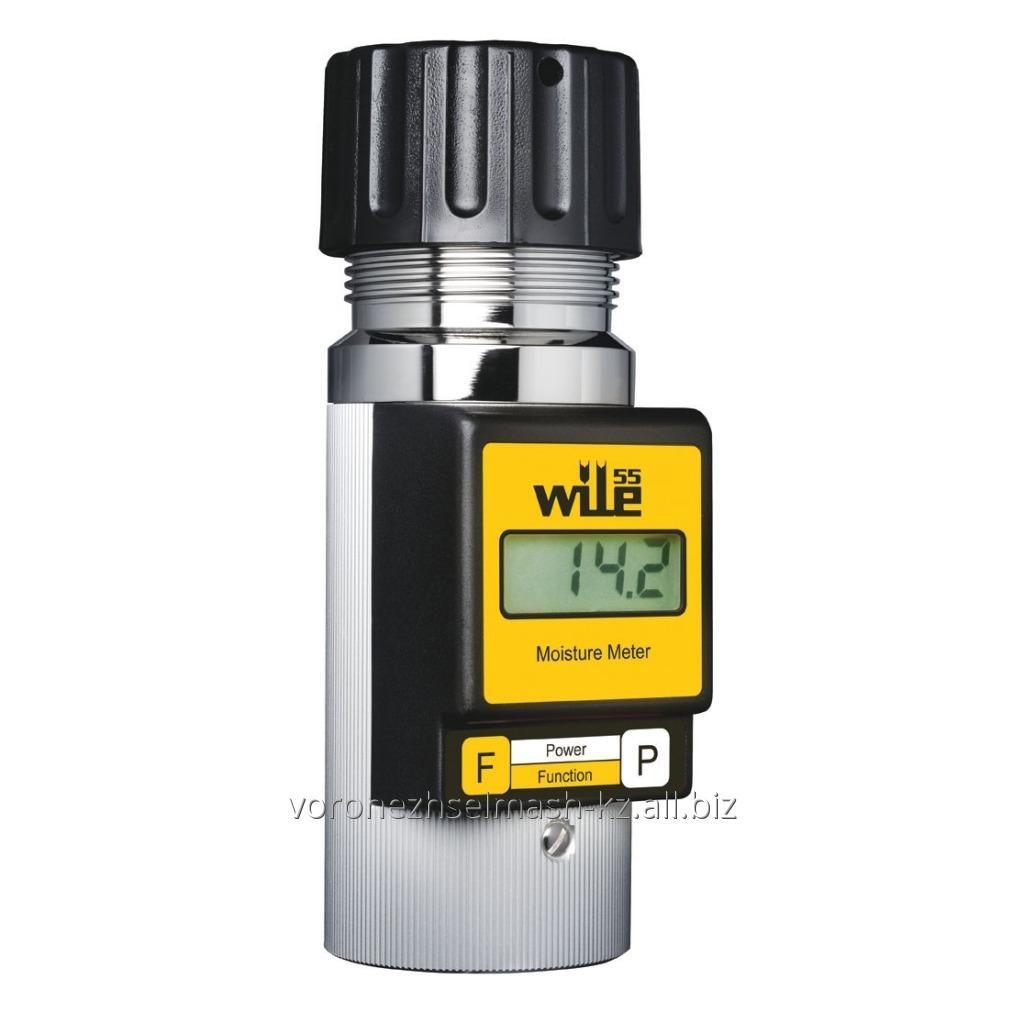 WILE-55 - the high-precision microprocessor device for measurement of humidity of bulks by a dielkometrichesky method. Accuracy of measurements is provided employment the device in the field of high frequencies and system of automatic compensation of temperature.

WILE-55 is delivered with 16 calibrations for: wheat, rye, barley, corn, a buckwheat, the rice which is brought down and which is not brought down, oats, a sorghum, colza, seeds of sunflower, beans, peas, soybeans, flour wheat and rye, bran. Besides the additional scale which can be used by the customer at discretion is provided (for example, for calibration on spices, starch and a gluten, seeds of herbs, coffee, wooden shavings, etc.). Results of measurements and the last operating mode are kept in memory of the device; return to factory calibration is provided. WILE-55 is reliable, simple and convenient in operation.

Measurement by means of Wile 55 - it is simple. After the choice like grain you need to press the button only. The big digital display facilitates reading of indicators even in the conditions of insufficient illumination. Even more to simplify daily use of a hydrometer, the short maintenance instruction ustroystvanakhoditsya on one side.

The Wile 55 device contains the most widespread types of grain crops in memory, the program considers also various grades of grain depending on the region of an origin. In addition to the programmed grades of Wile 55 grain can measure a large number of grades of grain and seeds by means of separate tables of conversion.

Wile 55 can be used for measurement of level of humidity of 16 various types of grain and seeds which are brought in memory of a hydrometer. Farmcomp actively monitors emergence and removal of new grades of grain crops and according to new tendencies regulate the scale used in Wile hydrometers. Choosing Wile hydrometer, you can be sure that the device will correctly function in your service conditions. The hydrometer of Wile is also equipped with a conditional scale which shows draft values of measurements.

Possibility of change-over by the user

Each hydrometer of Wile is adjusted individually in controlled temperature conditions before leaving plant in Finland. If for a long time the hydrometer is used in the conditions of the increased humidity and plentiful rains, electric characteristics of grain can significantly change in comparison with their tabular values. In this case the user can change characteristics in order that the scale of measurements coincided with the measurements taken in a grain elevator or after the test of drying. This correction is temporary and does not influence values of the basic scale which is stored in memory of a hydrometer.

Automatic compensation of a temperature difference

Wile 55 is equipped with two temperature sensors, one on an electronic assembly payment, another - on a control cell of the device. These sensors compensate a temperature difference between temperatures of a sample and the device, automatically correcting value of level of humidity. This function provides the most exact measurement of humidity of grain.